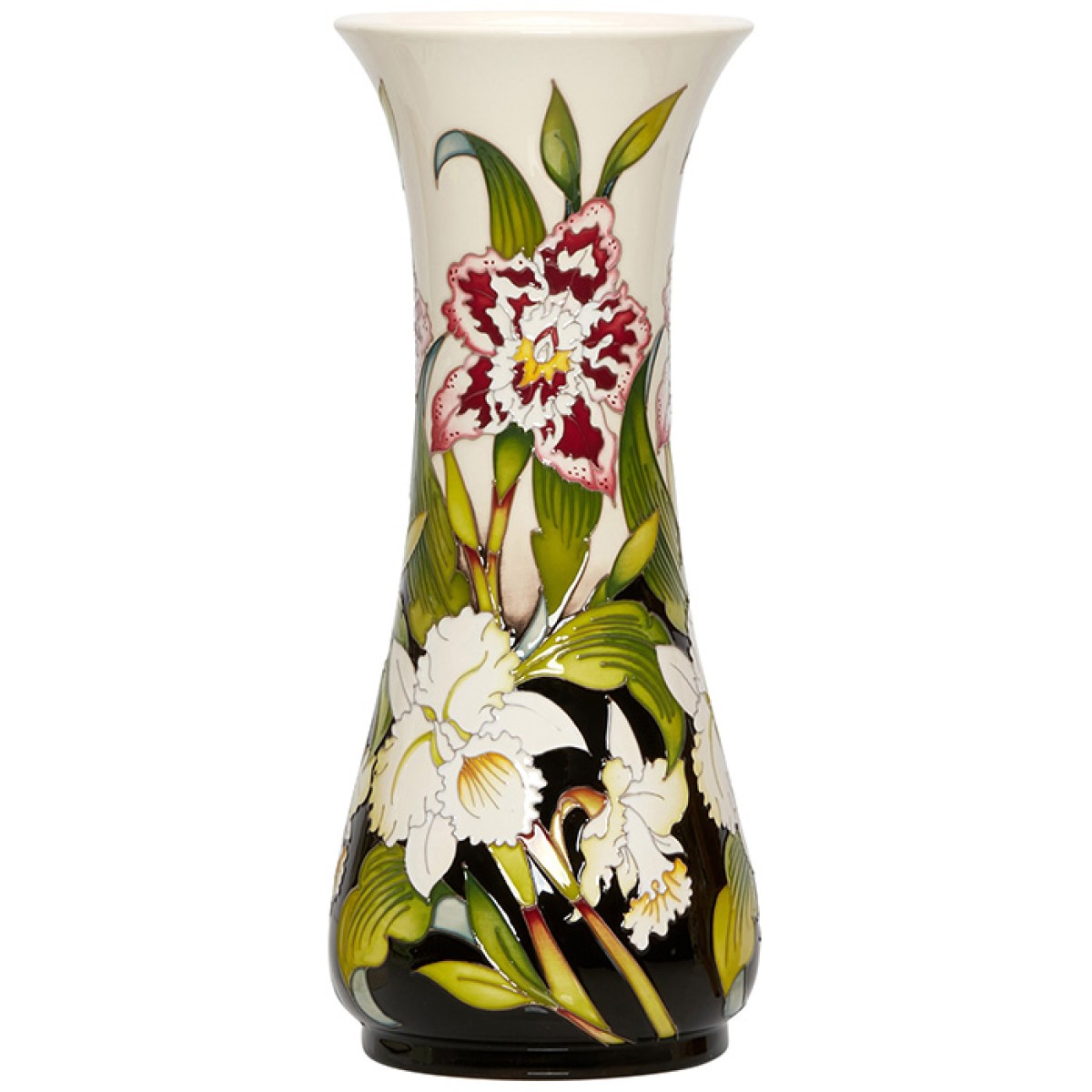 Nelly’s world-class orchid illustrations were first recognised by the charity with an RHS Gold medal in 1900 and the Silver Veitch Memorial Medal on her retirement in 1953. But there is something else. As it should be, Nelly’s name was immortalised in two orchids of distinction themselves.

The first, Odontoglossum Opheron gx 'Nelly Roberts', now known as Oncidium Opheron gx, is a hybrid of Odontoglossum Ophanto gx x Odontglossum Neron gx, bred by Charlesworth & Co., of Haywards Heath, a nursery specialising in orchids, founded in 1908 by Joseph Charlesworth (c.1851-1920) an RHS Orchid Committee member 1902-1920. The orchid gained an Award of Merit from the RHS when exhibited by Sydney Tharp, a member of the RHS Orchid Committee, on 18 November 1952.

Designer Nicola Slaney frames a pale orchid against a black backdrop at the base of the vase as it circles underneath the flaming pinks of Odontoglossum Opheron gx 'Nelly Roberts', on a white ground, in a fitting tribute to a lady who faithfully applied her watercolour brush through myriad colours with timeless beauty.