The Writing on the Wall By Catherine Gage

Pictured above, Winter Visitor holds a snow-clad landscape where Moorcroft designer, Kerry Goodwin, brings the fieldfare’s plumage into full glory and invites you into this winter scene under glossy clusters of tempting woody nightshade.

Moorcroft launched its Parade of Plaques in early January and it seems a timely opportunity to consider wall art as an art form. Apart from Neolithic cave drawings, wall art, using a wide definition of art, has been a tradition in Mesopotamia and Iran, dating to the third millennium B.C. where votive plaques were literally affixed to temple walls with wooden pegs. Decorative tiles were found in Egypt, dating from about 4000 BC. Tiles were also made by the Assyrians and Babylonians. The Romans and Greeks also favoured decorative tiles.  You will find examples of beautiful tile work in mosaics, murals and more. As far as we are aware, ceramic wall art, pre-dates art painted on wood derivatives, although an Egyptologist may beg to differ.

One of the earliest example of beautiful wall art was found at the Ishtar Gate of Babylon, from about 575 BC. King Nebuchadnezzar II, famed for not heeding to the writing on the wall, ordered the construction of the gate and dedicated it to the Babylonian goddess, Ishtar. The German archaeologist, Robert Koldewey, led the excavation of the site from 1904 to 1914. Wanting to justify the large investment that had been provided by the German Oriental Society, he used German intelligence and local Iraqi tribal sheikhs to smuggle the remains out of Iraq under the nose of the Ottoman authorities. 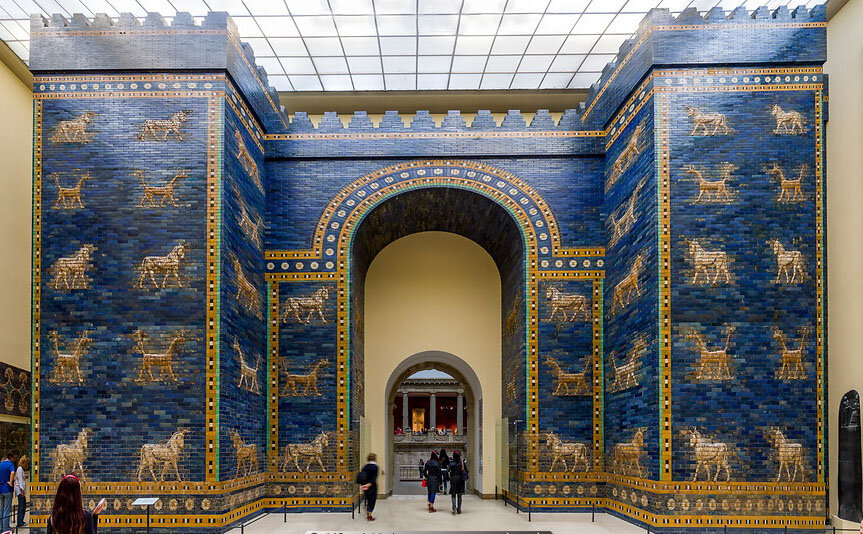 After the end of the First World War, the smaller gate was reconstructed in the Pergamon Museum. The gate is 50 feet high, and the original foundations extended another 45 feet underground – so ceramic art has historically been used to make a statement. Animals had great spiritual significance in Babylonian times, and the use of contrasting deep blue tiles on the famous Gate gave them further prominence. In much the same way Venus, a 2021 Valentines inspired design by Vicky Lovatt, used a deep, midnight-blue glaze to highlight the pure white plumage of a dove. Now the writing is on the wall for the last trace of this design at Moorcroft, and a plaque featuring Venus can be found within the Parade of Plaque offerings.

Plaques originally started at Moorcroft to enable the pottery to be photographed as a ceramic piece for our traditional greetings cards. When sold at the Moorcroft Heritage Visitor Centre they quite literally flew from the walls.  Collectors had an opportunity to enjoy the composition free from the confinements of a display cabinet. Breathing against bare interior walls, the three-dimensional aspect of the design, due to the raised tubelined outline, enabled it to quite literally project a presence into the interior. When combined with the beauty of the glistening Moorcroft glazes and an outstanding design, plaques became a much acclaimed talking point.

Featured above, the Moon Hare design that also came to life as a Moorcroft Christmas card.

In 2015, the Moorcroft Club launched a selection of much-loved designs on framed plaques. The Parade of Plaques became a huge hit with collectors of wall-hanging Art Pottery. Back by popular demand we are delighted to reveal a brand-new Parade of Plaques featuring some of our best artworks. These designs not only include designs that have already been released but also some trial designs that will give astute collectors a glimpse of what may come. 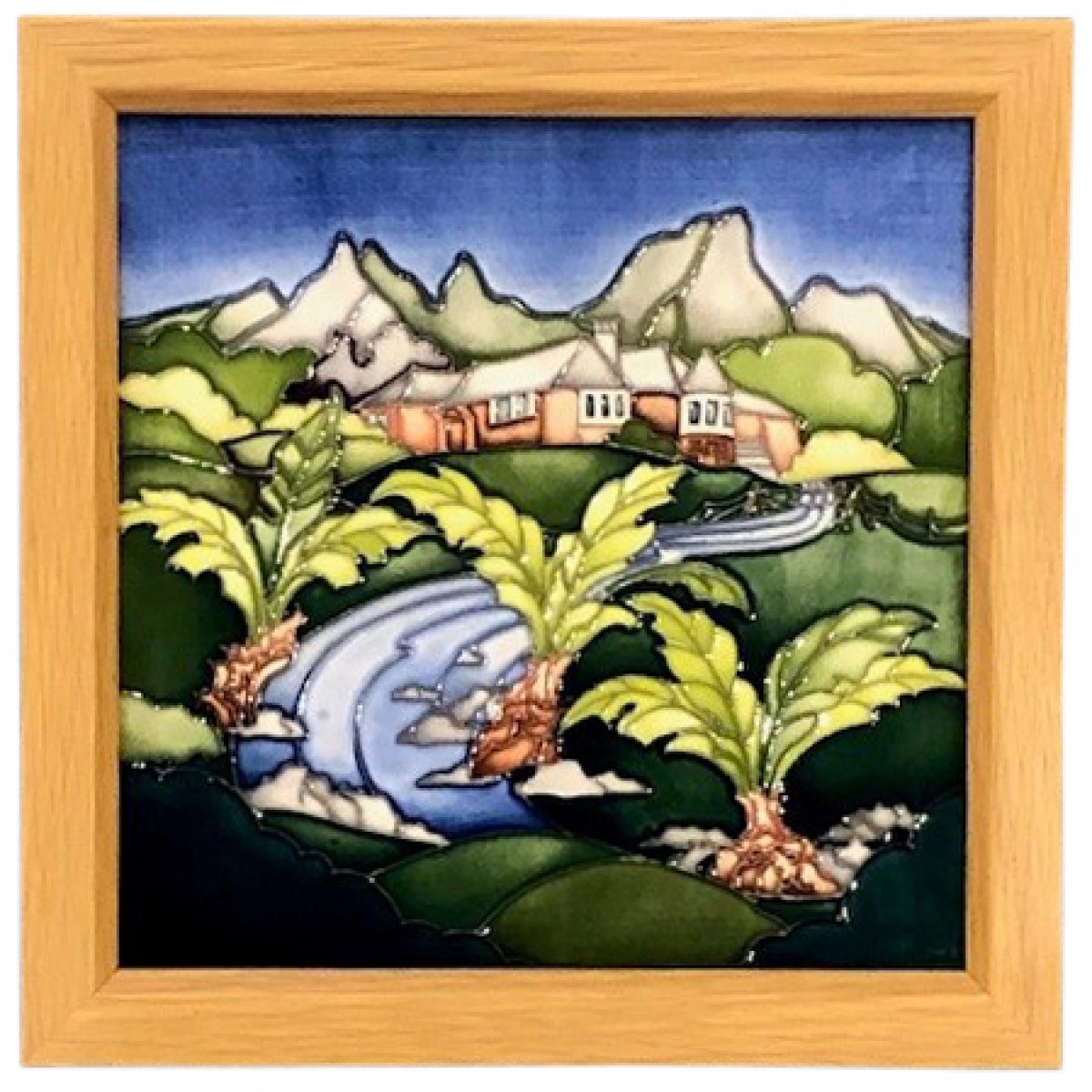 Trial design Sagana is featured above – does anyone know why Moorcroft may be creating such a trial?  The historic significance of this name will soon be known to you in a further article featuring Sagana in the Moorcroft Journal.