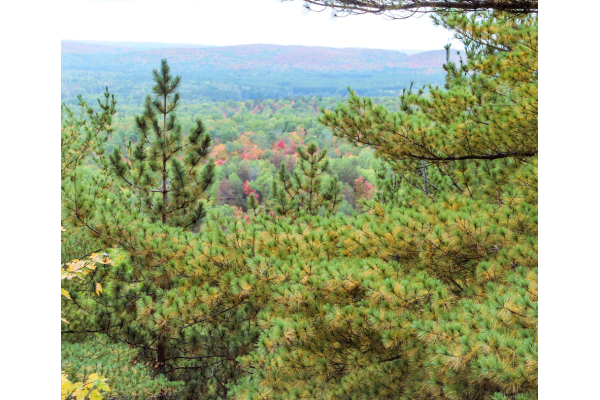 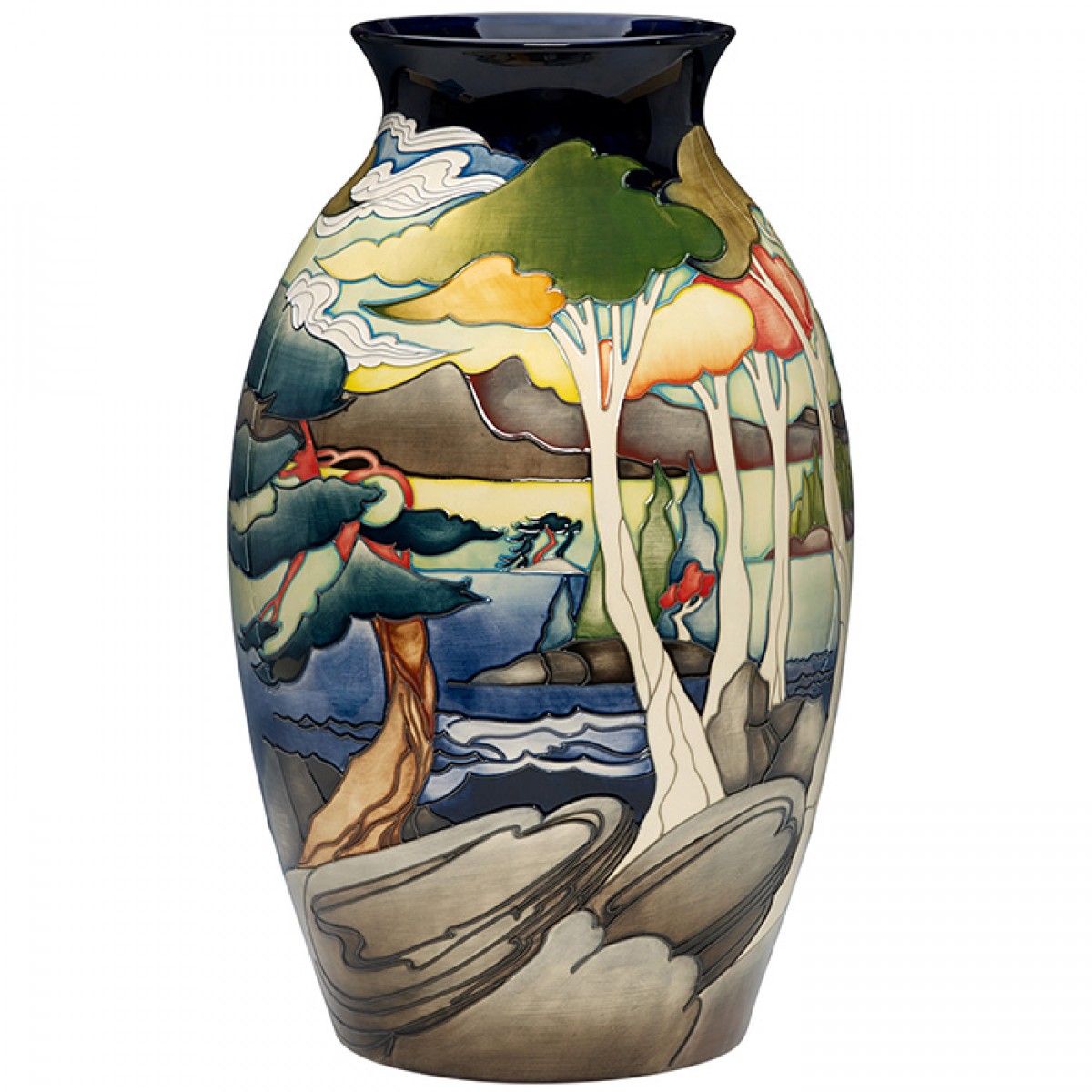 The story is as relevant today as the very day they took their first step into the remote Canadian wilderness. The members of the Group of Seven were searching for inspiration, reflection, and collective consciousness between themselves and the land beneath their feet. These artists were not unique in their wish to depart from European traditions and seek to paint in a ‘Canadian Way.’ Artists are always innately artists. Nevertheless, the Group of Seven, allowed their unique landscape to draw them into a unified consciousness. Some artists of the time, like Tom Thomson, were so determined to capture the sacred, untouched Canadian landscape, that their voyages of discovery into the Canadian wilderness cost them their lives. Tom died in a tragic canoeing accident. 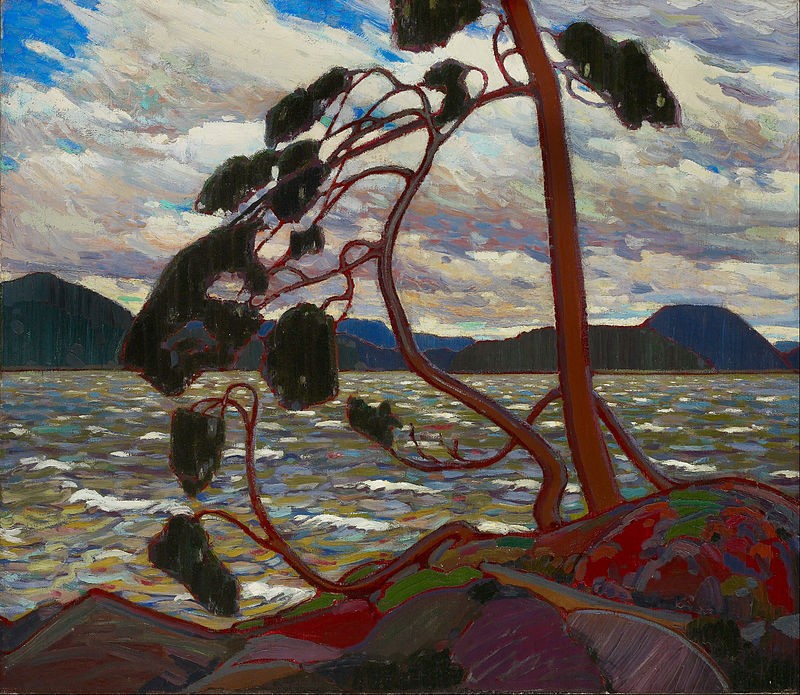 Since this painting first evolved into artistic circles from Tom Thomson’s studio in 1917, The West Wind has worked its way deep into the Canadian national consciousness. It even inspired the Group of Seven to push the boundaries of art during their time. Emma is a highly regarded Moorcroft designer, and her work has a fluidity quite unlike any other. As you journey into her Group of Seven design you realise that she has absorbed herself into the mesmerising work of the Group of Seven and seen the vast wilderness through their eyes. She may not have been to this part of Canada, but that is probably a good thing. The scenery, though now protected as Algonquin National Park, may now be slightly different to that witnessed by the early pioneers.

Emma recalls that Art Director, Elise Adams, had asked the Design Studio members to work on prestige ideas and had given them a wide brief. For Emma, this was the perfect opportunity to create a landscape design. The Group of Seven’s paintings had long since been admired by Emma and she now felt ready to embark on journey into the Canadian wilderness with the Group of Seven as her guide – their work fitted the brief perfectly. Interestingly, having just mention Tom’s West Wind, Emma has just advised me that she ‘loved Westwind’ and commented on its movement. 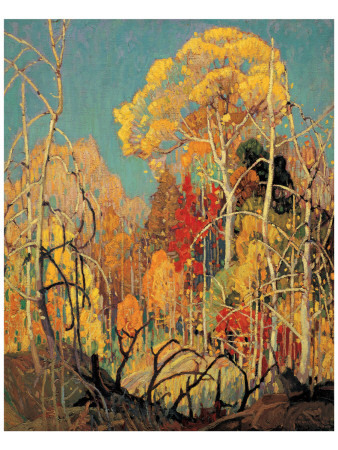 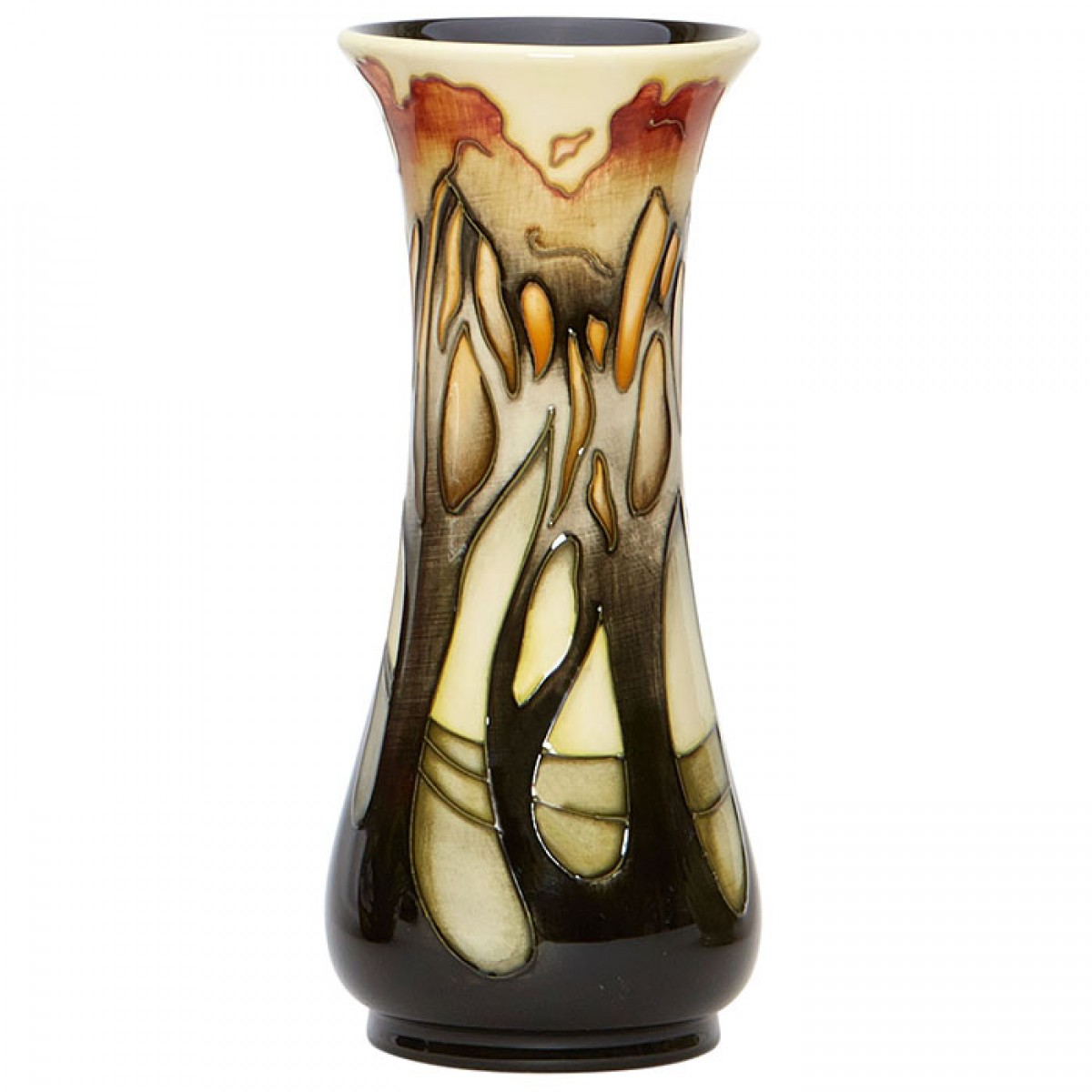 The Moorcroft designer also mentioned, Franklin Carmichael’s painting, Autumn in Orillia, which holds the most wonderful colours (burnt oranges alongside bright blues) and her ‘absolute favourite’ Stormy Weather by F Varley. Born in Sheffield, England, to a father who hoped to fulfil his own artistic ambitions through his son, Varley was riven by conflicts. These played themselves out in heavy drinking, disastrous relationships, and an inability to keep jobs. It was through art that Varley was able, in the end, to find himself, but that necessitated a shift of his vision – from the sparse moorlands of Sheffield to the vast frontiers of Northern Ontario. In her biography, Maria Tippett notes that Varley’s move to Canada in 1912 when he was just 31 years of age, gave his art a tremendous impetus. Like the Algonquin School, Emma Bossons also felt that art should be inspired by direct contact with nature, and it was love for the natural world, found through chldhood wanderings in woods like Knypersley, Staffordshire that brought her innate artistic gifts to the firmament.

A change of scene is as good as a rest they say. Varley's career received another boost in the form of a summons to Europe as a war artist - having been plunged into desolate hell on the western fronts from a natural haven, Varley was able to capture the full horror of war from nature's perspective. It is these twist and turns in life that develop character and drive you to your destiny. 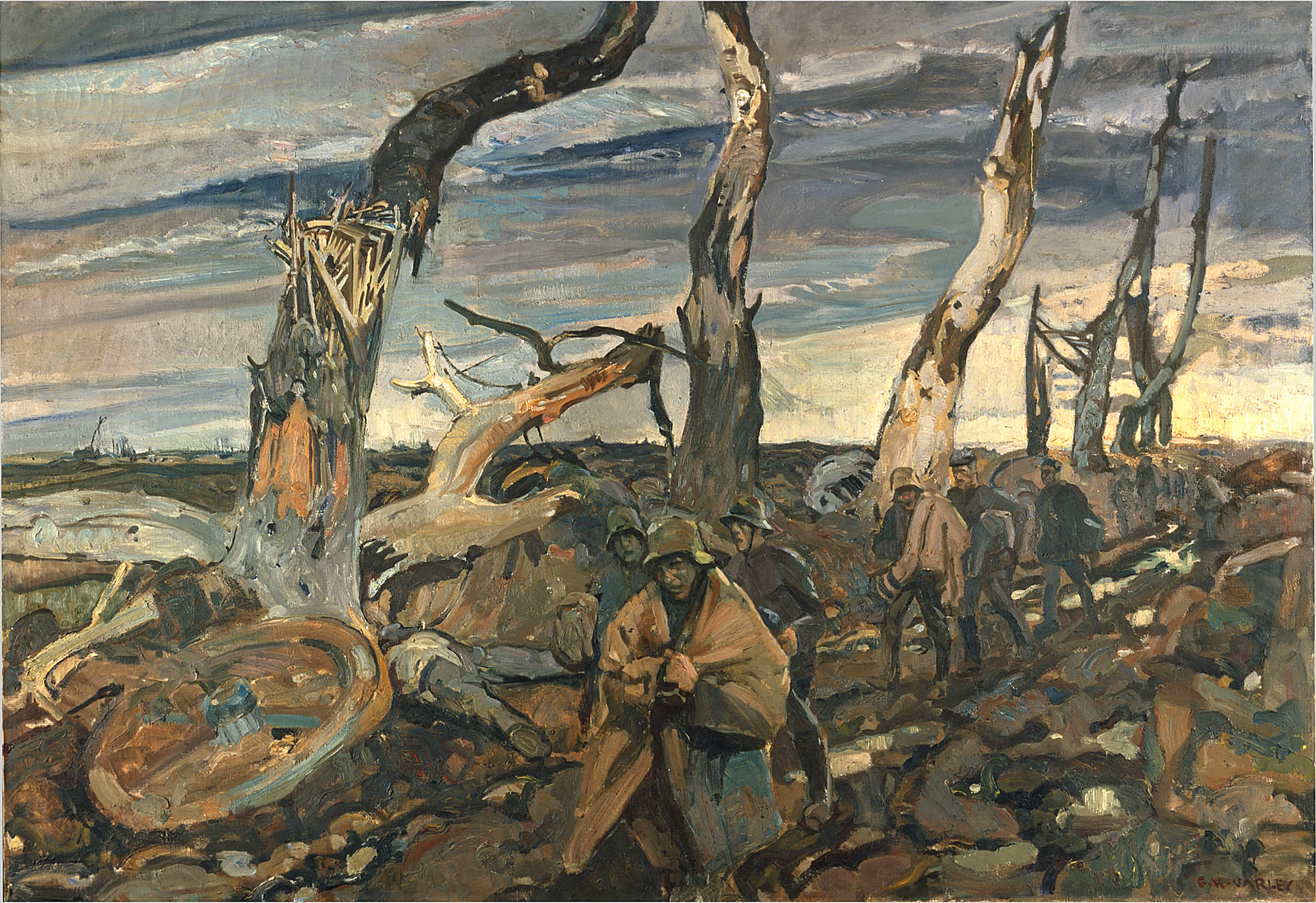 Emma comments that, like Varley, woodlands and trees are something that she has loved all her life. Moorcroft collectors will recall Emma’s Earth Mother of 2008 – a design that had every aspect of beauty and uniqueness you could ever want in a Moorcroft vase – it was, quite literally, the visual representative of the birth of a great design containing elements of fantasy and also rooted in Arts & Crafts design inspired by the natural world.  This vase challenges both the senses and human intellect in a fundamental way. The phrase 'Earth mother' can be found in Polynesian culture dating back several thousand years, and also lives in the vocabulary of first nation Canadians to this day, which, interestingly, links it to the fruit of her initial labours in design to Group of Seven. 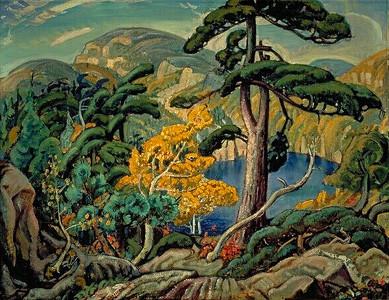 Left: Mother Earth by Emma Bossons. Right: Bright Land by Arthur Lismer, (1885 – 1969). The landscape is actual Topaz Lake in Killarney Provincial Park of Ontario. In much the same way as Emma wove fantasy elements into her work,  Lismer added a few extra trees in the foreground and an extra mountain in the background. Both display natures twists and turns in their own unique styles.

Emma writes ‘Woodlands and trees are something I’ve loved all my life - I have always painted trees. I have lots of watercolours stored away from years ago where I would paint tree after tree. None anywhere near as good as The Group of Seven!’  As we twist and turn through the multitude of avenues on Group of Seven and navigate our way around this prestige design, we are able to see clearly, one truth. Emma, unlike the Group of Seven, is not working on a flat canvas but a grand, jar of clay of epic proportions and complexities of angles. This is no easy task. Now completed, it allows the viewer to be lost for days in a vast, three dimensional space, which was surely the end game of each and every artist within group of seven.

Find out more about the artists within Group of Seven:

Jim and Sue Waddington embarked on a 36-year expedition to locate, document, and photograph the actual landscapes that inspired the renowned members of the Group of Seven. Featuring photographs, archival images and reproductions of the original works of art, In the Footsteps of the Group of Seven is “a stunning tribute to the artistic muse.”