As we continue to enjoy the Hampton Court Garden Festival, Moorcroft continue with their own Garden Festival which celebrates a Moorcroft design, available for half price for each day of the Festival. Today's design features Sea Campion, a coastal beauty that is rarely seen at Hampton Court. RHS gardens past have given us all a vision for the future. With this in mind, it is interesting to return to Tony Smith's unusual Equilibrium Garden (2015 RHS Hampton Court Palace Festival). At that moment in time, no one could have possibly imagined that visits to the coastal parts of the United Kingdom would be forbidden in the summer of 2020 and that 'Staycation' would be the buzz hashtag for the summer of 2021. Smith's vision, awarded a Gold Medal for the best Conceptual Garden, could well have caused an outrage for its lack of plants - at a Garden Festival! Like most of the RHS Hampton Court Palace Festival's Conceptual Gardens, it broke the mould in terms of garden design. 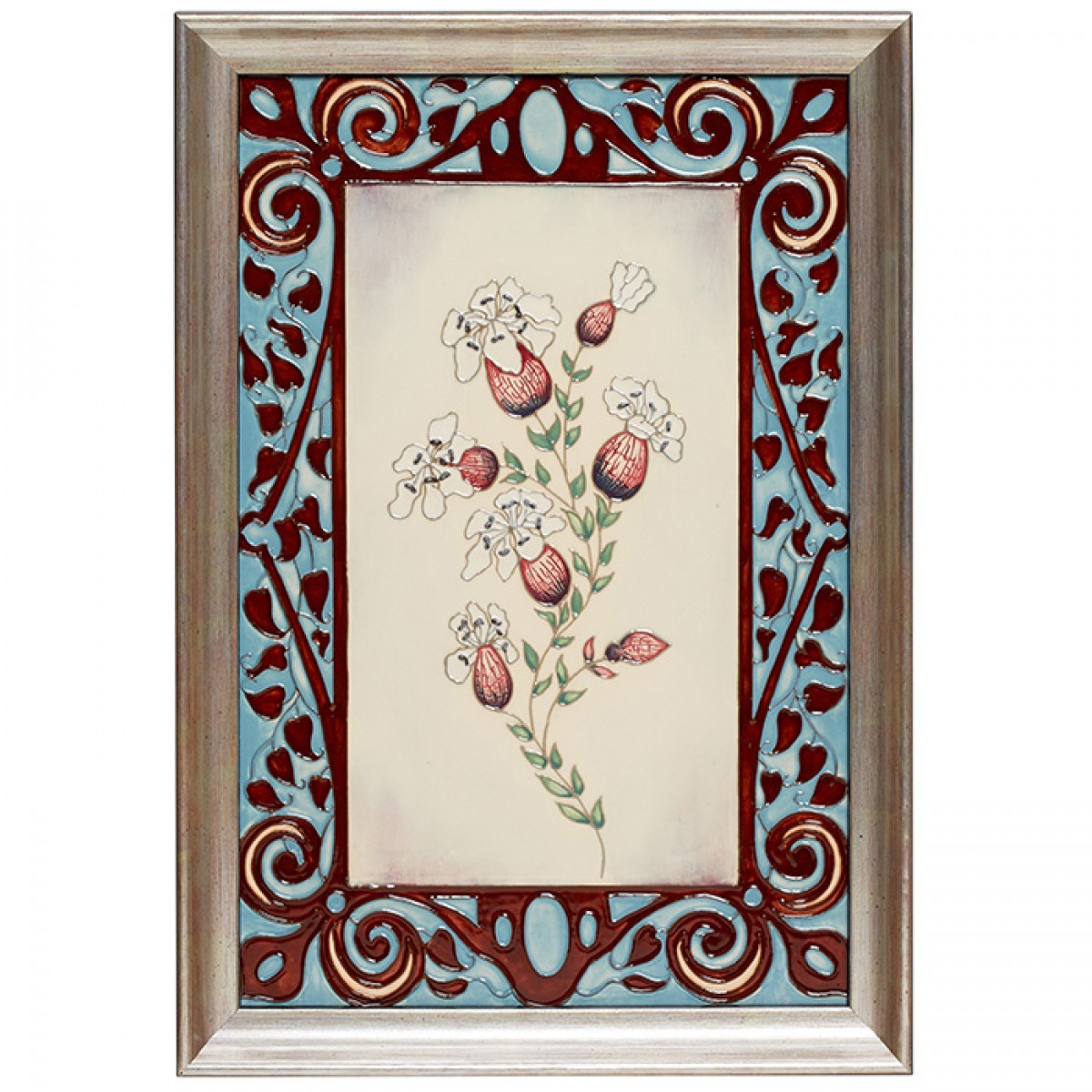 Smith's garden consisted of large moon of shingle, pierced by ten upright groynes, and awash with a small pool featuring a fire-pit. Nestled in the shingle were plants that grow naturally by our coastline, including sea campion and sea holly. In much the same way, Moorcroft designers often take a concept and weave a design from a minimal perspective. Whilst nothing can ever replicate the glory of hearing the gulls squark, the wind in your hair and the salty air sinking pleasantly into your nostrals, art does, not unlike the RHS Conceptual Gardens, offer you a taste and, in Sea Campion's case, an element of the peace that such places hold.

Today’s celebrated design, Sea Campion, by Alicia Amison, entices us to peep through the window of an old iron gate’s lattice work, where sea campions with reddish-pink globular calyx erupt in a wave of white heads, fluttering daintily like hundreds of petticoats in the salty air. The richly detailed garden gate, which embodies the principles of the Arts and Crafts movement with its understated design and hand forged sweeping and asymmetric curves, has been coloured with blue and maroon to mimic the dramatic calyx and seascape to return you all to your equilibrium. As many more people visit Britain’s coastline this summer, the clinical precision of show gardens will ebb and flow away with the tide as dense mats of Sea Campion lie like summer snow along the cliff tops, sometimes even peeping up through the rusty gates that lie upon rugged cliff-top paths. This summer, Moorcroft hope you all enjoy what our great seascapes have to offer.

Pictured below the Moorcroft RHS Hampton Court Palace stand before - and after, ablaze with colour and design from purple Salvia, Lupins and Achillea - not to mention the Moorcroft designs! 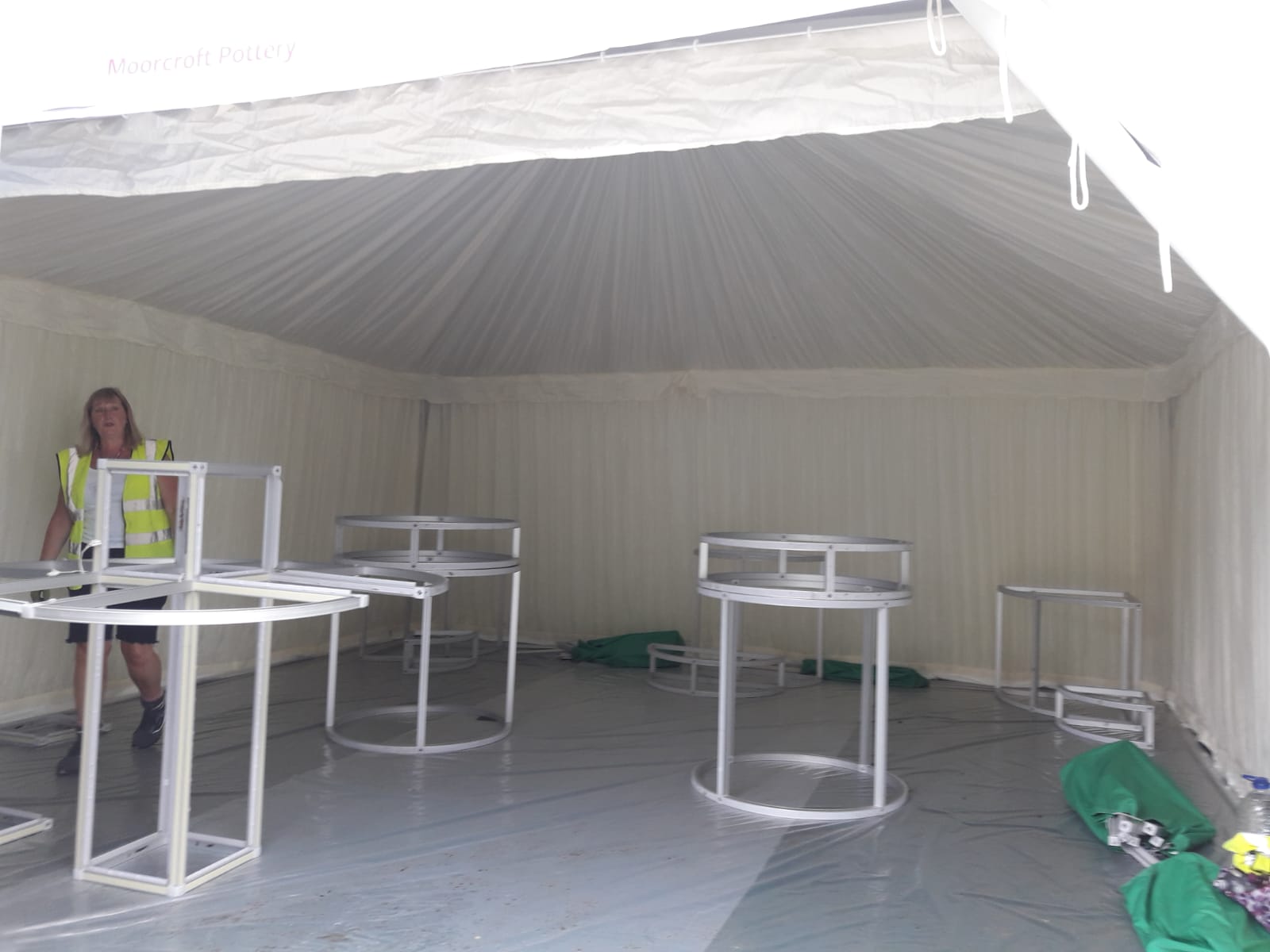 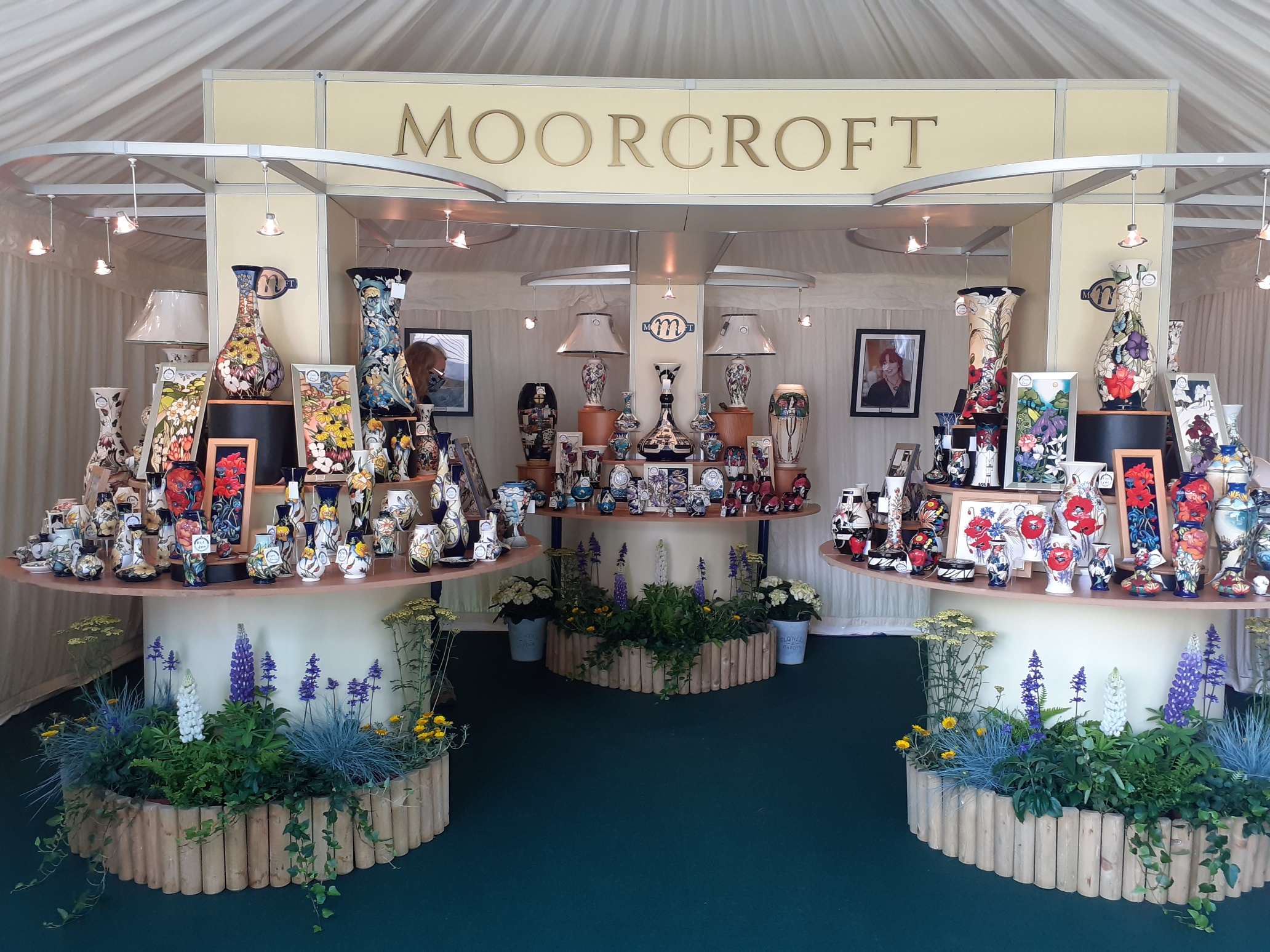