Under the wave off Kanagawa

Open until the end of January 2022, the British Museum are exhibiting a collection of rare drawings by Katsushika Hokusai – one of Japan's most celebrated artists, best known for his iconic print, Under the Wave off Kanagawa, popularly called The Great Wave. This is the wave that is said to have inspired the Art Nouveau Movement itself and is mentioned in the Moorcroft news article The New Wave, featuring Nicola Slaney’s Art Nouveau Collection. In short, for lovers of Art Nouveau, it is an exhibition not to be missed.

In the early 1850s, Japan opened its ports more widely to foreign traders. Slowly, the prints by Hokusai and his fellow artists – with their unusual use of perspective and colour, and their novel depictions of private, everyday scenes – began to filter through to the wider world. Their influence on the new European art, Art Nouveau, was colossal. At the 1867 Universal Exposition in Paris, Japanese prints by Hokusai were exhibited and championed by an array of artists, including art within the marketing posters for the exhibition itself. By the late nineteenth century, enthusiasm for Japanese art and culture was so strong that the term ‘Japonisme’ had been adopted.

Not only did Hokusai have a profound impact on Art Nouveau artists, but other art genres too – including, Impressionism, and Post-Impressionism. In truth, “Hokusai is not just one artist among others in the Floating World,” said Edgar Degas. “He is an island, a continent, a whole world in himself.” 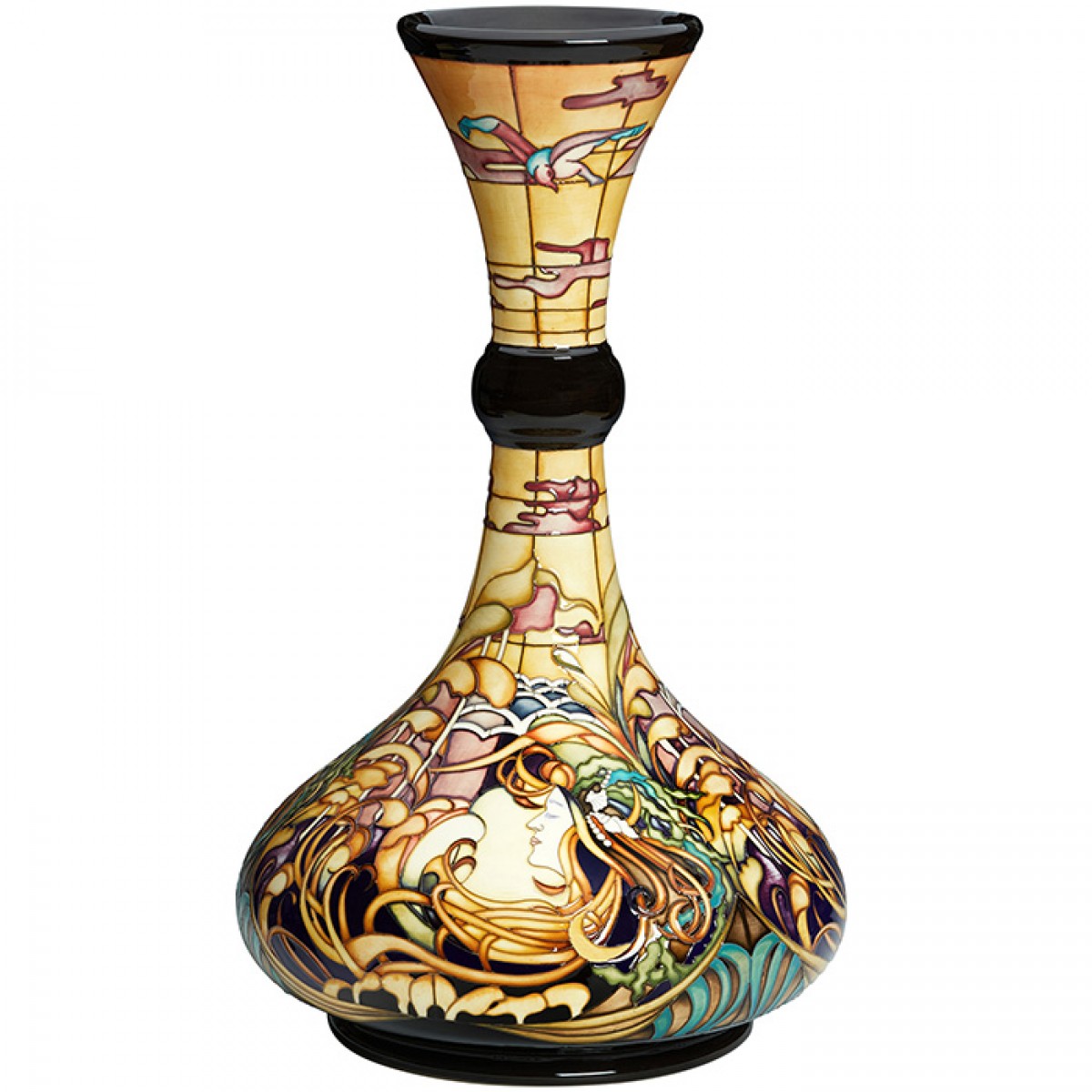 QUOTE WAVE at web checkout to receive a £350 discount. Club Membership discounts may be used.

No other vouchers or discounts apply. Offer Ends 11am GMT on 20th December 2021.

The woodblock print, The Great Wave off Kanagawa holds long parallel black outlines of boats. Hokusai uses black ink again to contrast with the tiny, curled lines used for the frothy breaking tips of the wave; these are gnarled like grabbing fingers, threatening the boats. In much the same way, Nicola Slaney’s Delune, uses black lines, found in an art nouveau stained glass window – these lines are pummelled and pulled to create movement that mimics the flow of the natural world in a floral design. 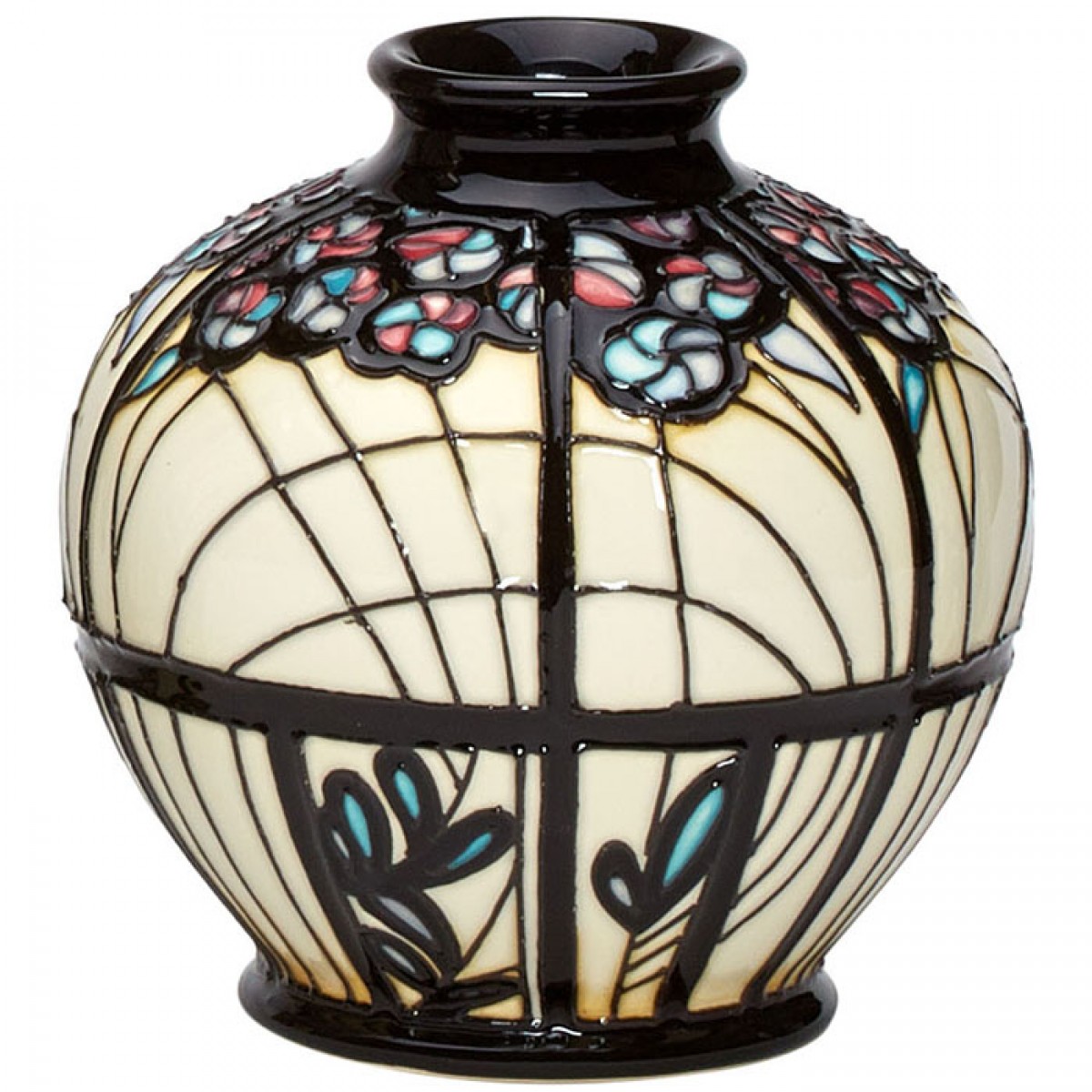 In a global first, this exhibition will display 103 recently acquired drawings by Hokusai, produced in the 1820s–1840s for an illustrated encyclopedia called The Great Picture Book of Everything. For reasons unknown, the book was never published, presenting the opportunity to see these exceptional works which would otherwise have been destroyed as part of the woodblock printing process.

Depicting scenes from Buddhist India, ancient China and the natural world, the brush drawings not only showcase Hokusai's inimitable style and skill, but also reveal a version of 19th-century Japan much more intrigued by the wider world than previously thought.

As well as offering the unique chance to study Hokusai's masterful brushwork directly, the show shines a light on the last chapter of the artist's career and life, uncovering a restless talent that burned brightly into his final years.

In addition to the original brush drawings, the exhibition showcases Hokusai's masterpiece The Great Wave, alongside objects that give further insight into his working practices and demonstrate the intricate process by which his woodblock prints were created.

Find out more, Under the Wave of Kanagawa (British Museum Exhibition) www.britishmuseum.org/exhibitions/hokusai-great-picture-book-everything