Boasting a rich flambé glaze, William Moorcroft's Waratah design was specifically made for export to.. This shape, complete with fluted rim, has only been used twice before in Moorcroft’s design history...

William Moorcroft’s Claremont design, circa 1905, was so popular it stayed in production for over fo.. 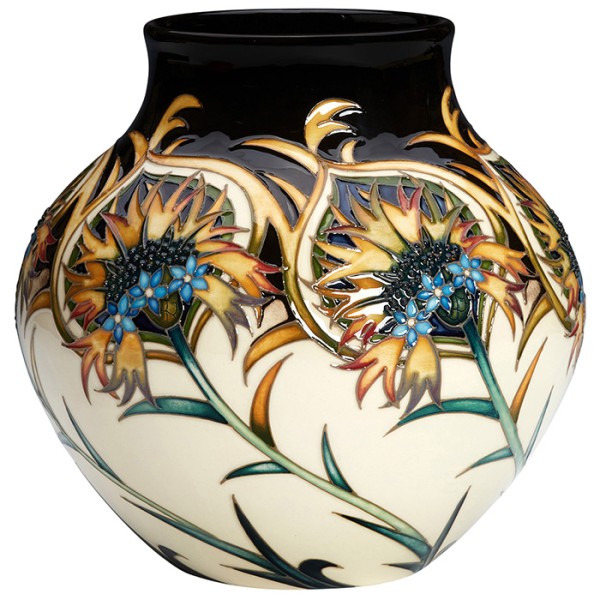 In 1898, Florian Ware was born. These were the first designs identified as Moorcroft, complete with .. Anemone was a design introduced by William, though it was not produced on a large scale. William’s b..

It is not yet known whether William Moorcroft experimented in salt-glazed designs due to concerns ov..

Florian Iris, with traditional blue-on-blue engobe, has delighted Moorcroft enthusiasts from as earl..

Glimpses of William Moorcroft’s gifts as an art potter, first appeared through his unusual gilded Au.. Daffodil designs are one of the oldest Moorcroft blooms, first making their debut in Florian Ware (1..