Due to the national lockdown our Heritage Visitor Centre is closed until mid-February. Click here for details.
News & Events

HISTORY IN THE MAKING - WORDS & POTS! 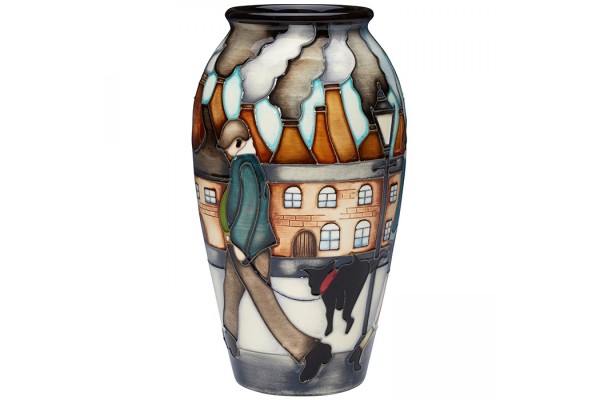 A wonderful celebration of 100-Years of the bottle oven was had by all this weekend which included a fascinating lecture from Fred Hughes on the history of the bottleoven and poetry by local poet, Nick Degg, including a rather amusing regional accent syndrome tale. As with most local dialects in English, Potteries’s dialect derives originally from Anglo Saxon Old English. The 14th-century Anglo Saxon poem Sir Gawain and the Green Knight, which appears in the Cotton Nero A.x manuscript uses dialect words native to the Potteries, leading some scholars to believe that it was written by a monk from Dieulacres Abbey. Imagine that! From the 1750s onwards the Industrial Revolution created a high concentration of workforce in the ceramic and coal mining industries, working in close proximity in Stoke-on-Trent. This allowed the dialect to develop as a way of speech specific to those industries. 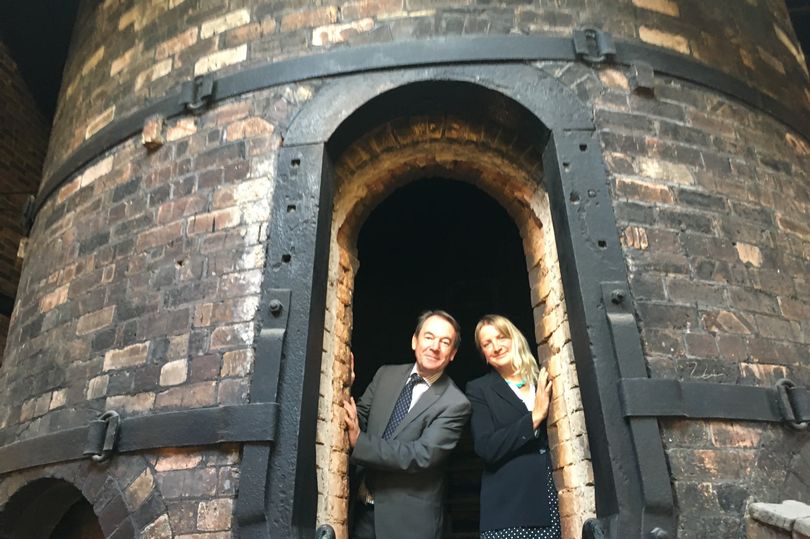 Some observers of Potteries’s dialect in the 21st century fear it is dying out as a living speech, as fewer young people use it in everyday conversation. They should come to Moorcroft! Please note that when you are told to 'have a nice day Duck' you are not being referred to as a winged pond bird. It is said to find its origin in the Saxon word 'ducas' which was meant as a term of respect; similar to the Middle English 'duc', 'duk' which denotes a leader, commander; from which comes the title 'Duke' and the Old French word 'ducheé' - the territory ruled by a Duke. From these origins it became a greeting and then a term of endearment.

Alan Povey (who wrote Owd Grandad Piggott -  stories of Potteries legend) predicted that his will be the last generation that speaks Potteries dialect, and that after his generation is gone the dialect will die out for good. In truth, there have been attempts to eradicate the dialect since the 19th century which were unsuccessful. John Ward writing in 1843 noted that the Potteries dialect was "now almost banished by the schoolmasters assiduous care". How the tide has turned – from the likes Jack Kerouac with his spontaneous prose in the US to British writers from Arnold Bennett who accept and capture the beauty of our differences, there is a growing interest in preserving, reading about and speaking dialects. 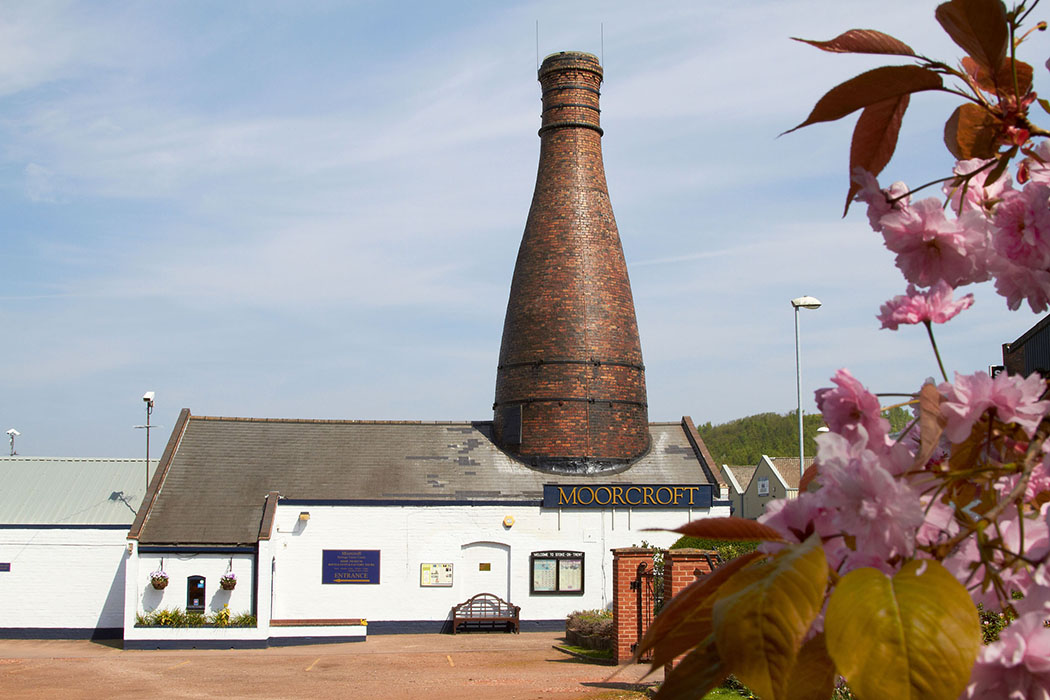 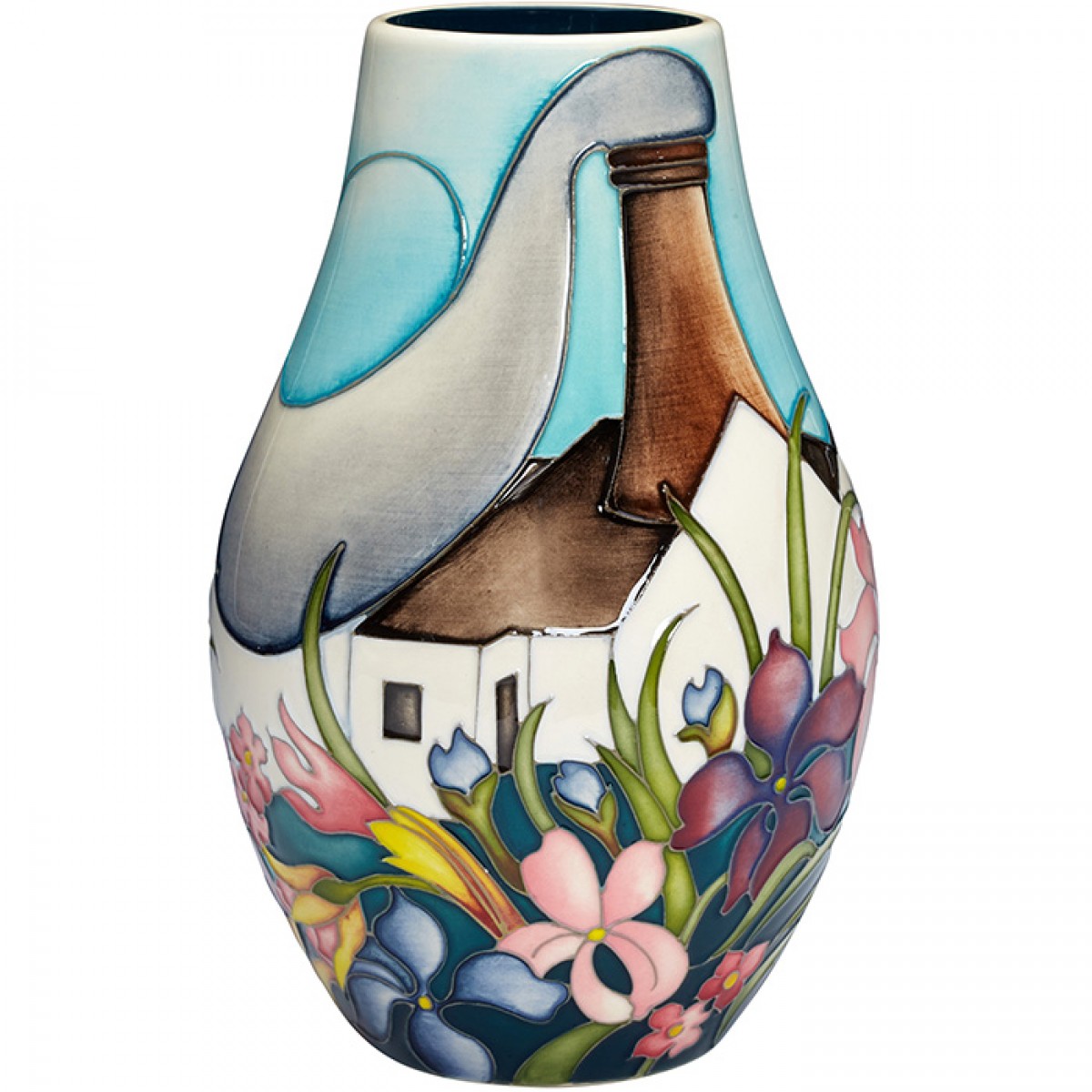 Which brings us on to the History In The Making collection which was launched at the weekend, and in particular, the tale of Burslem Boys designed by "owrate" local lady, Kerry Goodwin, which can be brought to life with a line from The Mother Town, Burslem - see below. At the event a collection was also launched to support the wonderful work of the National Literacy Trust complete with a Museum collection of designs inspired by literature to stand proudly next to an eye-catching Museum display of works featuring our much loved bottle oven. See sentinel feature https://www.stokesentinel.co.uk/…/its-jewel-stoke-trent--33…

Once the new 1919 bottle oven was up and running, production continued at a pace throughout the 1920s. Flowers were still used as the main source of inspiration and at least ten new designs were launched during this period, featuring both domestic and exotic flora. In 1956, Moorcroft’s world was to change with the introduction of The Clean Air Act. Coal-fired bottle ovens were no longer used and instead, electric kilns began operation.

In the 1970s, the brown brick factory was white-washed and has remained so ever since. Kerry’s vase shows the factory as it is today. The beds and borders that some of our dedicated Club members lovingly tend when they visit us, are filled with Spring Flowers which appeared on pieces from 1936 until the late 1950s under the stewardship of both William and his son Walter. Kerry’s bottle oven has smoke billowing from it – a figment of her imagination for the very good reason that by the 1970s, it lay silent and dormant, enjoying a well-earned rest, after so many years loyal service.

Life was hard in 1920s Burslem. The men of ‘The Mother Town’ had only a few years earlier returned from war, and the great depression of 1929 was on the horizon. For everyone, however, life had to go on.

The loading of the town’s bottle ovens did not cease, and the plumes of smoke that they belched out turned the brightest day into a dusty, dirty, smelly affair. Against this backdrop, men went about their business whether it be hurrying to work, or taking a faithful dog for a much-needed walk.

For the young boys of Burslem, their daily entertainment consisted of kicking a ball against a wall until it burst, or as they said in Burslem at that time “cost they kick a bo agen a wo an yed eet til it bosts”. Kerry’s design shows all these aspects of Burslem life. A pair of boys playing football, a worker making his way home for his dinner and even a non-plussed dog walker, lingering for only a moment by a lamp post, before returning home to avoid the smoke of Burslem’s bottle ovens.

VIEW THE HISTORY IN THE MAKING COLLECTION WHICH INCLUDES, BURSLEM BOYS FEATURED BELOW 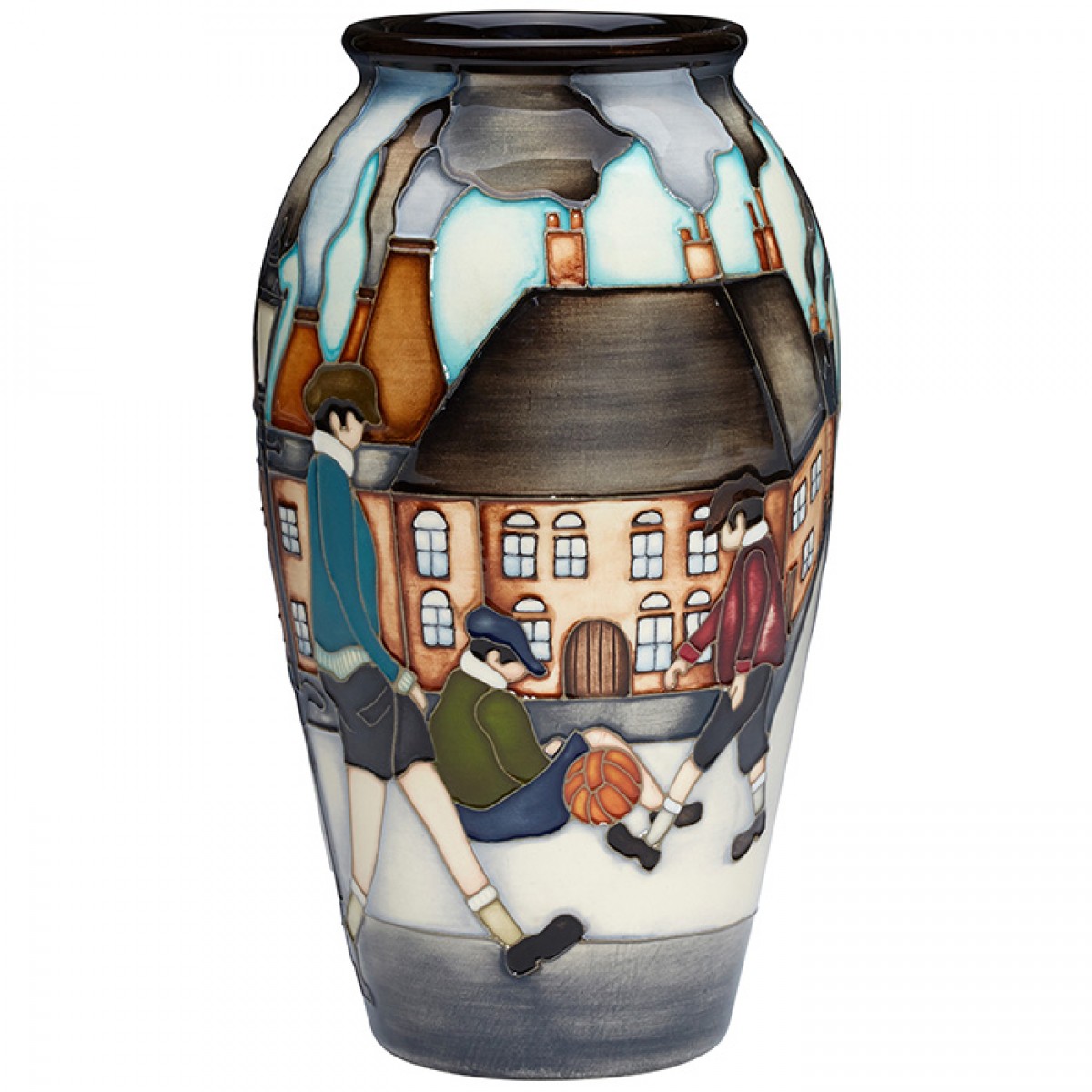