LIFE IN AN EGG 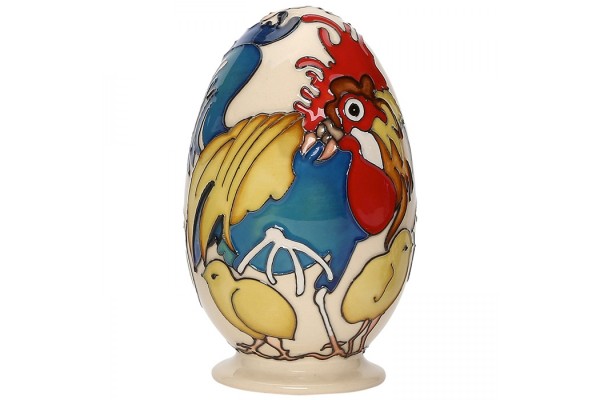 Easter is almost here and many of our little tiny ones are sat at kitchen tables trying their hand at decorating eggs. The egg symbolizes new life just as a chick might hatch from the egg. As our children will discover, decorating a traditional chicken egg shape is not as easy as it looks. The space is small and the curves, somewhat challenging. Moorcroft designers have worked hard over the years to create an uplifting energy through their design work on the Moorcroft egg- enabling the Moorcroft egg to achieve its raison d'être and create new life in the ethereal sense.

Recently, a flotilla of racing sailing boats whip across the crested waves of the sea, each trying to out manoeuvre each other to take the lead position. A closer examination will reveal that this design has all the hallmarks of Moorcroft designer, Paul Hilditch. Thrillingly, you can experience a tack – a change of direction by turning the bow of the boat through the wind. As the fleet catch the wind in their billowing sails, they propel themselves forward at great speed. The wind is the core element to sailing.  It’s what powers every sailboat.  Before leaving the dock, a sailor must first check the wind.  What direction is it coming from?  How fast is it going?  Are there any shifts?  Sailors observe the wind movement on the water.  If it is flat and glassy, then there is little wind; however, if they see white caps, then the wind is much stronger.  While on the boat, they look for spot shifts in the wind by observing any changes in the colour of the water – all such intricacies are not lost on the Moorcroft artists as they follow Paul's instructions to perfection. Catching the Wind is the design work of someone who delves deeply into the heart of each composition – often through complicated imagery and detailed tubelining. In this case, colour and wave movement show the designer’s prowess as he catches the wind to design victory. 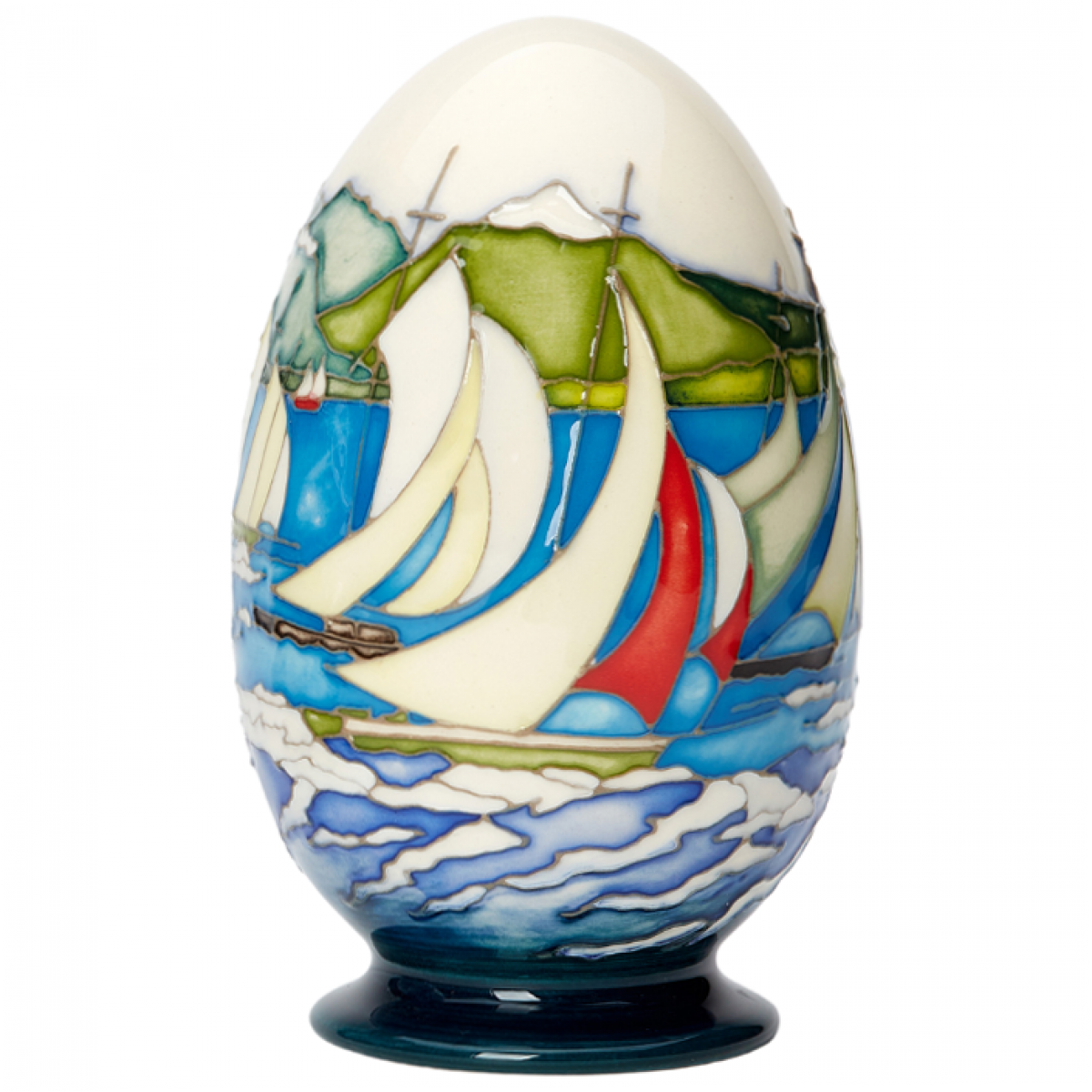 Paul has grasped that sailing is a surreal feeling that can’t be compared to anything else and calls on you to imagine the wind in your face as you hear the sound of waves crashing against the bow, with no loud motor sounds to interrupt that feeling. This is not unlike the sounds that emanate from the Moorcroft decorating rooms – silence with the occasional titter of laugher and soft voices – an absence of mechanical noise. Sailing is not just a hobby – through this Moorcroft design it is revealed as a passion, and just like Moorcroft art itself, effortlessly close to nature.

It may be said that the passion you have for what you do in life is called art. In truth, we are all artists. At its core art comes from internal divinity and passion. Without either of these, art loses the interest in the minds of the audience and may be seen as unpolished or empty, regardless of the jewels that adorn the surface area. Indeed, there are Moorcroft eggs that do not make the Best Quality grade but are not without affability. A Daffodil Delight egg currently sits on the Moorcroft website as a ‘second’. 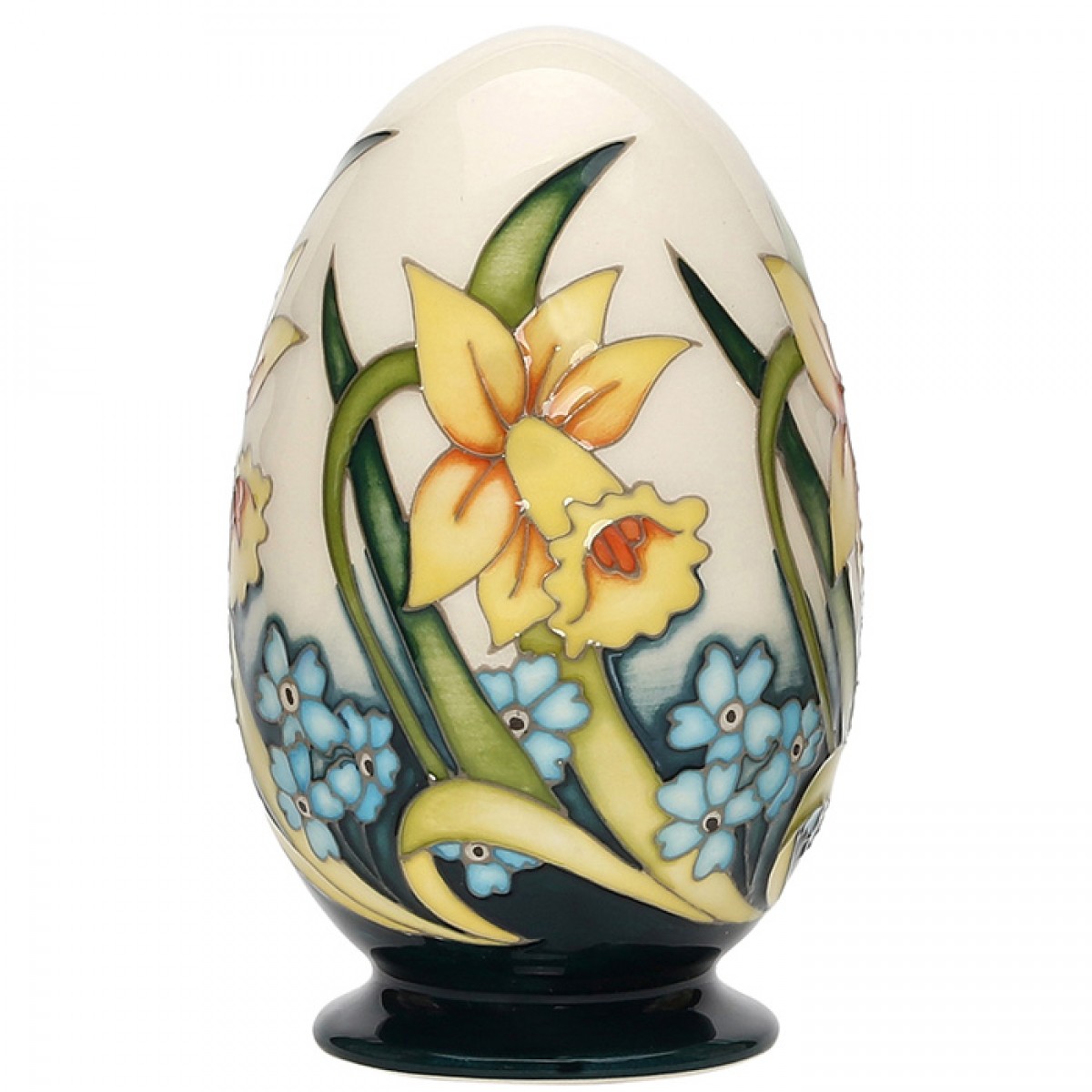 As we know, not all pieces emerge unblemished in their quality assessment. The fault or faults, and I use the term loosely, may be in the finish of a piece, whether it be a tiny tubeline miss, an incorrectly painted petal, or a small glaze run. Seconds are not ‘red-dotted’, all of them are far too good for that, and each seconds piece has a charm and individuality of its own. Any fault is not structural and the piece can still be used for the purpose it was made – to give joy. In truth, sometimes a softer colourway or unauthorised curve on a stem may present a beauty all of its own and financial value becomes irrelevant.

As winter begins to release its icy grip, and we are now in the full throws of spring, egg designs like Tiptoe from the Snowdrop Sensation Collection conjure up memories of tiptoeing through country estates admiring the shoots of snowdrops up close as we have all done in many of Moorcroft’s Spring Festival events. So when Moorcroft’s senior designer, Rachel Bishop, first released her Tiptoe design holding a cluster of snowdrops nestled amongst turquoise leaves, the Moorcroft egg became something unique – it became a symbol of life after the chill, of spring returning to unfold the beauty of the warm seasons and most importantly of all, new life this Easter. 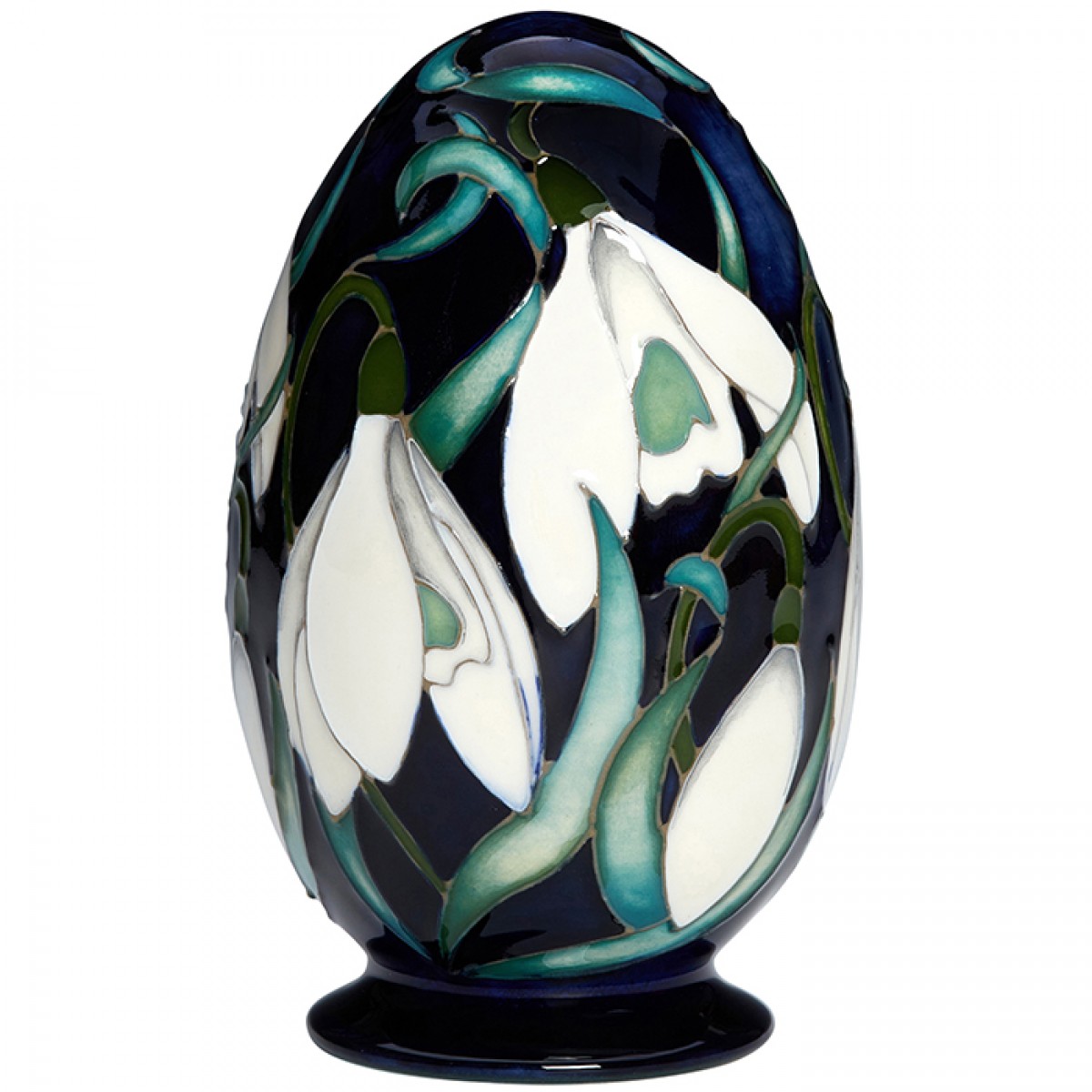