Above the Heath Purple 35/5 Vase

The fleeting beauty of the hibiscus, whose flower often lasts only a day when in full bloom, is capt..

In stark contrast to Hazel, Fiver first appears in the novel as "less at ease" than his brother, and.. Situated on the east coast of Yorkshire at the mouth of the River Esk, Whitby has a rich heritage as..

This stunning Collection from Moorcroft Pottery is designed by Vicky Lovatt. With golden cornfields .. 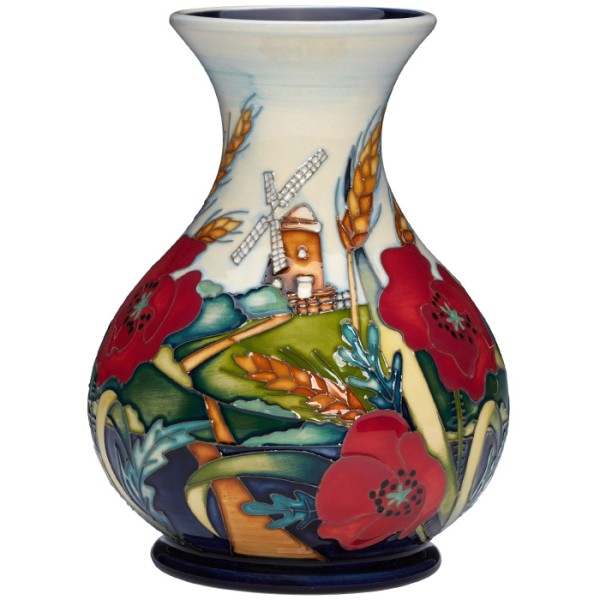 So close was East Anglia to Germany and the northern reaches of the Western Front that it played a c..

Moorcroft designer Nicola Slaney introduced Anna Lily in 2001. Since then, its rich and exhuberant f..

The RSPB manages its reserves carefully for many rare plants. One of these is the spotted rock-rose,.. It is often said that one should be as shrewd as snakes, and innocent as doves. In true De Morgan st..